“Silence and the Seventh Seal”
Revelation 8:1-13

“When He opened the seventh seal, there was silence in heaven for about half an hour. And I saw the seven angels who stand before God, and to them were given seven trumpets.” [Rev 8:1-2]

This describes the breaking of the seventh and final seal. Seven seals hold closed “a scroll written inside and on the back.” [Rev 5:1]. I believe this scroll is the title deed to the earth. Upon it’s opening, Jesus will physically begin to rule the earth in His Perfect Righteousness. The progression of opening of the scroll is the breaking of the seals that secure it. Each loosed seal administers judgment upon the earth. It is a purging of sin to prepare for the Lord’s return. Thus far we have seen six seals of judgment [ref. Chap 6]. Chapter 8 introduces the breathtaking seventh and final seal. It begins with “silence in heaven for about half an hour.”

It will be similar to the silence before a hurricane or tornado. What precedes these catastrophic phenomena is an eerie silence. This, however, will be a spiritual silence [in heaven] before a storm of judgment is loosed upon the earth. All heaven, which has been in resounding worship before the Throne, becomes wholly silent in anticipation of this seventh seal of judgment.

Seven trumpets of judgment come within this seventh seal; and seven bowls of judgment come within the seventh trumpet. Fourteen judgments come in the seventh seal. The preceding half hour of silence is a hush of awe! Even heaven will take in a deep pause before the destruction. There will be massive destruction of life and earth. This will be quickly revealed in the first four trumpet judgments in Chapter 8. And the three thereafter will be even more devastating; so devastating John calls them “woes.”

Let us remember, however, that the judgment is to purge the earth of sin to prepare for Christ’s Return. Jesus will rule and reign upon this earth with righteousness, justice, and peace; therefore sin must first be eradicated. To get to “no more death, no more tears, no more sorrow, and no more pain,” we must go to the place of “no more sin.” And judgment is the filter by which this present earth gets there. 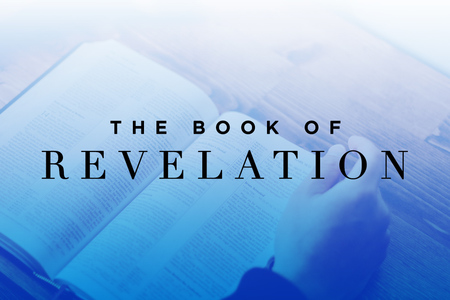 “The Harvest of Judgment”
NT127 - Revelation

“The Beast from the Earth”
NT127 - Revelation