“And to the angel of the church in Thyatira write, ‘These things says the Son of God, who has eyes like a flame of fire, and His feet like fine brass:’” [Rev 2:18]

Can you imagine taking in this personal revelation of Jesus!? We can refer back to Rev 1:14-15 to see that these are only two of the several features that John described in his vision of the unveiled Christ. His response, “I fell at His feet as dead.” [Rev 1:17] Yet these features, we note, are the two specific ones that Jesus revealed to the church in Thyatira.

Thyatira is referred to as the Corrupt Church. It wasn’t that everyone was corrupt. They received commendations from our Lord as well. “I know your works, love, service, faith, and your patience; and as for your works, the last are more than the first.” [Rev 2:19] Notice their transformation; their latter works were “more than the first” [ref. Rev 2:19].

“Nevertheless” Jesus warned, “you allow [tolerate in the NASB] that woman Jezebel, who calls herself a prophetess, to teach and seduce My servants to commit sexual immorality and eat things sacrificed to idols.” [Rev 2:20] What was the sin of “tolerating Jezebel”? It dealt with tolerating immorality, specifically sexual immorality, the root of which is idolatry. The prophecy of Hosea speaks volumes on this connection.
Some commentators see parallels between Thyatira and the time in Church History known as the Medieval Church [A.D. 476-1453]. That time was certainly a corrupt one. But notice what preceded it; the Imperial Church [A.D. 300-476], which was a period of steep compromise. Last week we looked at a Compromised Church in Jesus’ letter to Pergamos.

To press the Church History parallel further, next week we study Jesus’ letter to the Church in Sardis [ref. Rev 3:1-6]; oftentimes referred to as the Dead Church. Certain commentators match Sardis with the Reformed Church [A.D. 1453-1648], a time when reformation would begin after so much had died during the darkness of the Medieval Church.

It probably would be wise to not get too carried away with Church History parallels. However, it cannot be denied that there is a real digression from compromise, to corruption, to death; even in today’s church.

We would do well to stay close to our Lord; in prayer, fellowship, worship, and His Word. Anything less would be compromise; and compromise is that first step toward ruin. 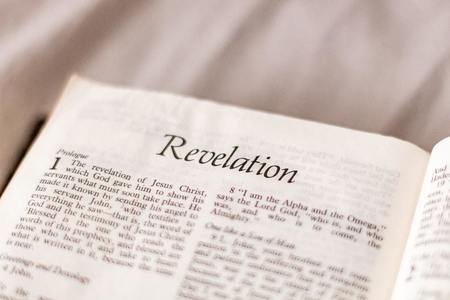 The Revelation of Jesus Christ

David Higa
Pastor
May 12, 2021
View all Sermons in Series