This morning we begin 1 John, which, as you see in this first verse, begins similar to the Gospel of John.

The interesting thing is that John, in his later years, wrote these letters as the “elder statesmen.” He was the last surviving Apostle when he wrote 1 John, yet he emphasized the same Truth; the identity of Jesus Christ.

This is at the fundamental core of Christianity: Who do you say that Jesus is? If it is anything other than Jesus is fully God AND Jesus is fully Man, you are believing in a false Jesus, a Jesus not in the Bible.

That is why John was repetitive in his cannoned writings. The Gospel of John outlines seven monumental “I am” declarations; all declaring Jesus as God, the great “I AM” [ref. Exodus 3:14].

Jesus said to the Scribes and Pharisees: “Before Abraham was, I am.” [John 8:58] They knew exactly what Jesus was proclaiming, and thus picked up stones to stone Him. Let us remember that Jesus was sentenced to death by the Sanhedrin for blasphemy “because You a mere man claim to be God.” [John 10:33]

And so, here, the elder John, in his later years, reminded the church yet again who Jesus is: Fully God AND fully Man.

Repetition is a powerful catalyst for conviction; whether it be in truth or lie. Have you ever noticed that lies constantly told as truth usually become true to its hearers? It is the deep dark motive of the pathological liar, and a false teacher. That is why these last General Epistles emphasize knowing Truth. In knowing Truth, we can quickly spot counterfeit. But it starts with knowing the Person of Jesus Christ; Who He is: Fully God AND fully Man.

This is more important now than ever before, especially with so much contradicting “truth” in the media. Where is the truth? I oftentimes find myself asking that question just about every day.

Truth, without a doubt, is in the Jesus of the Bible; fully God AND fully Man. It is in knowing Him; the Way, the Truth, and the Life, that we can objectively discern truth in this very subjective world. 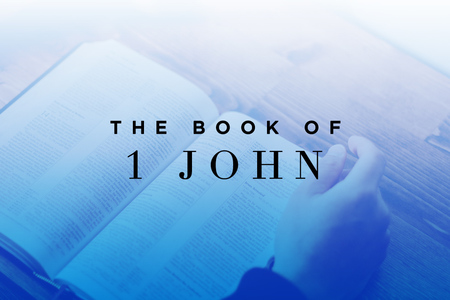