Confess your trespasses to one another, and pray for one another, that you may be healed.  The effective, fervent prayer of a righteous man avails much.  [James 5:16]

This is, perhaps, the greatest mark of maturity for a believer:  Prayer.  It is not prayer for all to see and hear, like the Pharisees [ref. Matt 6:5], it is effective prayer; in groups and at worship services but even more so in the prayer closet [ref. Matt 6:6].  Paul described praying without ceasing, which means being God-conscious and God-centered at all times; listening and conversing with Jesus in every situation.  Yes indeed, the “effective, fervent prayer of a righteous man avails much.”  In this verse James described a Spirit-filled effectivity in prayer.  Hayford comments on this below:

“Here James pictures a level of prayer that is beyond any believer’s normal capacity – it is divinely energized by the direct involvement of the Holy Spirit.  The Greek word for “fervent” actually does not appear in the original text.  It is an amplification of the word for “effectual” which does appear in the Greek text.  The Greek word energeo means “effectual, or that which is effective.”  Yet, to simply say prayer is “effective when offered by a righteous person” was deemed by the translators to be shallow in context, and therefore “fervent” was rightly added to the text.  To fully understand the word energeo one needs to examine another passage where the word is used.  Paul used the word in describing the power of God’s Word as it works special energy in those who believe (1 Thess. 2:13).  The foundational premise of the Greek word energeo is that something “effectively works.”  Yet it only works in those who “believe.”  Applied to this text, this suggests that our praying, when energized by the power of the Holy Spirit, causes things to happen.  Our prayers work!”

Have you ever noticed that things happen with a mature believer?  It is because the “effective, fervent prayer of a righteous man avails much.”  When a mature Christian prays things get done because they are Spirit-led and Spirit energized.  May we all grow and mature in effective fervent personal prayer. 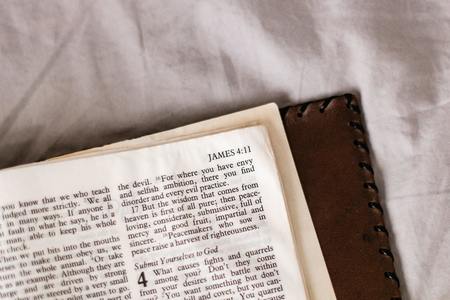